You need to experience Pretty Woman on Broadway ! 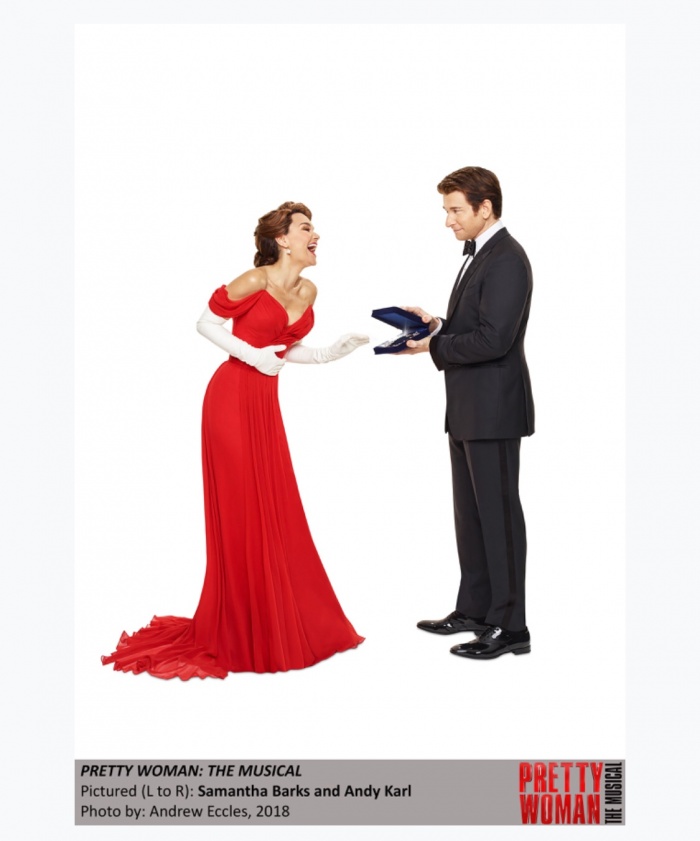 Are you a lover of love , a great love story and all if the romantics the big screen and stage can deliver for us ?!

I am such a guilty lover of love and s great love story which is why Pretty Woman was one of my ultimate favorite movies. So much do that no matter who, what it when I was getting married the lauren wood song from Red Dress scene needing to be played at our reception. I must have seen and listened to that sound track over 1 million times; which is why when I learned that the amazing story was hitting broadway I had to see it and share the experience with our readers.

To see that very scene on the stage played by the talented actors Samantha Barks and Andy Karl was heart warming. 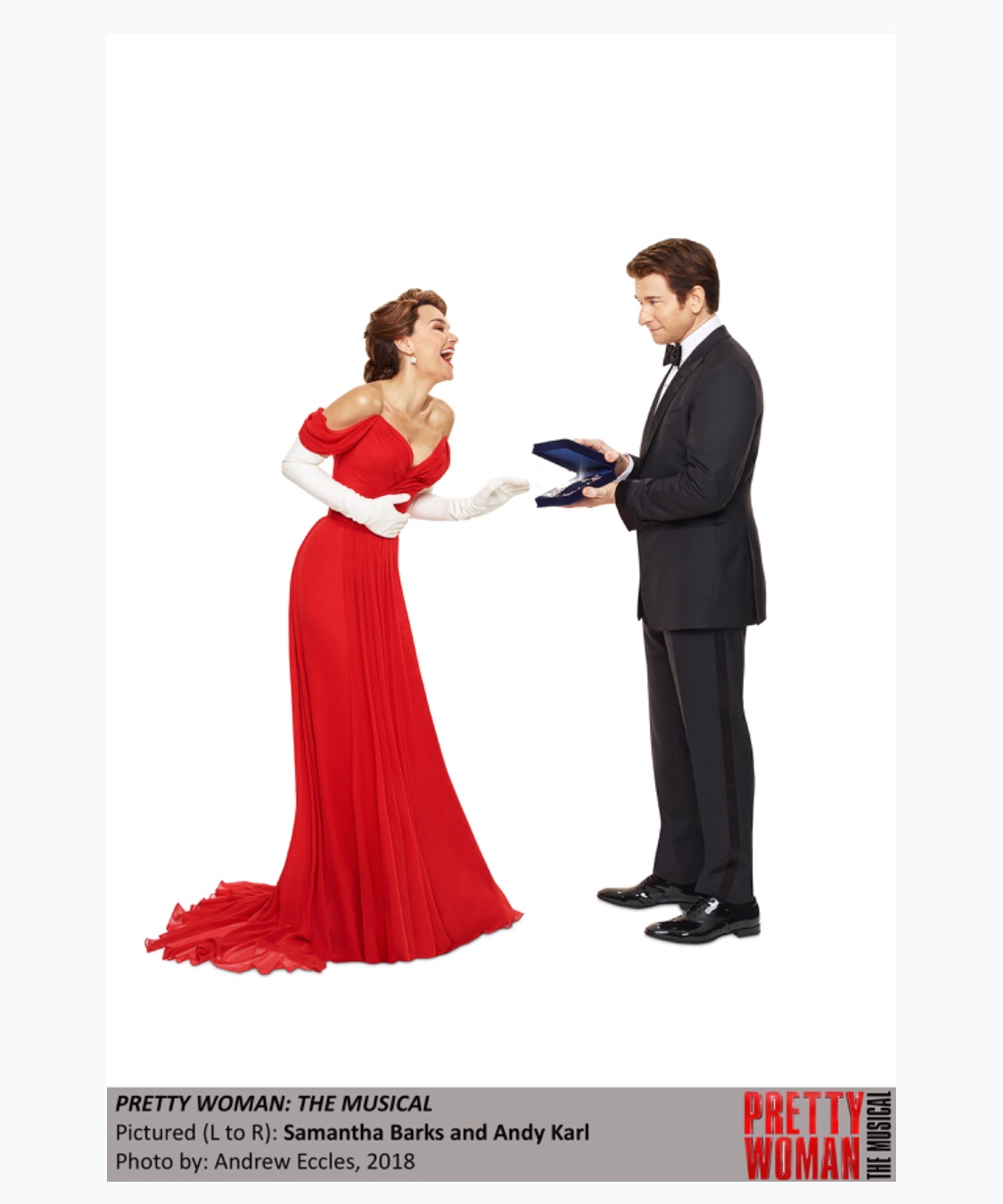 The entire cast and production complemented the film so well that it became its own version of Pretty woman.. at least to me. When I say this, I mean the take away was much different when watching and experiencing it on broadway rather than on the screen.

The friendship between vivian and kit was real, the music and songs made each scene come to life in a different way and the infamous romantic scenes that were covered were done with such taste.

The shopping experience was spot on!!

What could have been an awesome girls night out to celebrate a birthday, bachelorette or a special woman close to you ended up being a much needed date night for us. My husband was not always a great fan of the story line because of the simplicity in boy meets girl style but after experiencing this big stage performance, the takeaway message was the rescue of life.

It became clear that the love story intended for anyone who loves a great message was that the two people from different worlds rescued each other in different ways based on the gifts that they have. 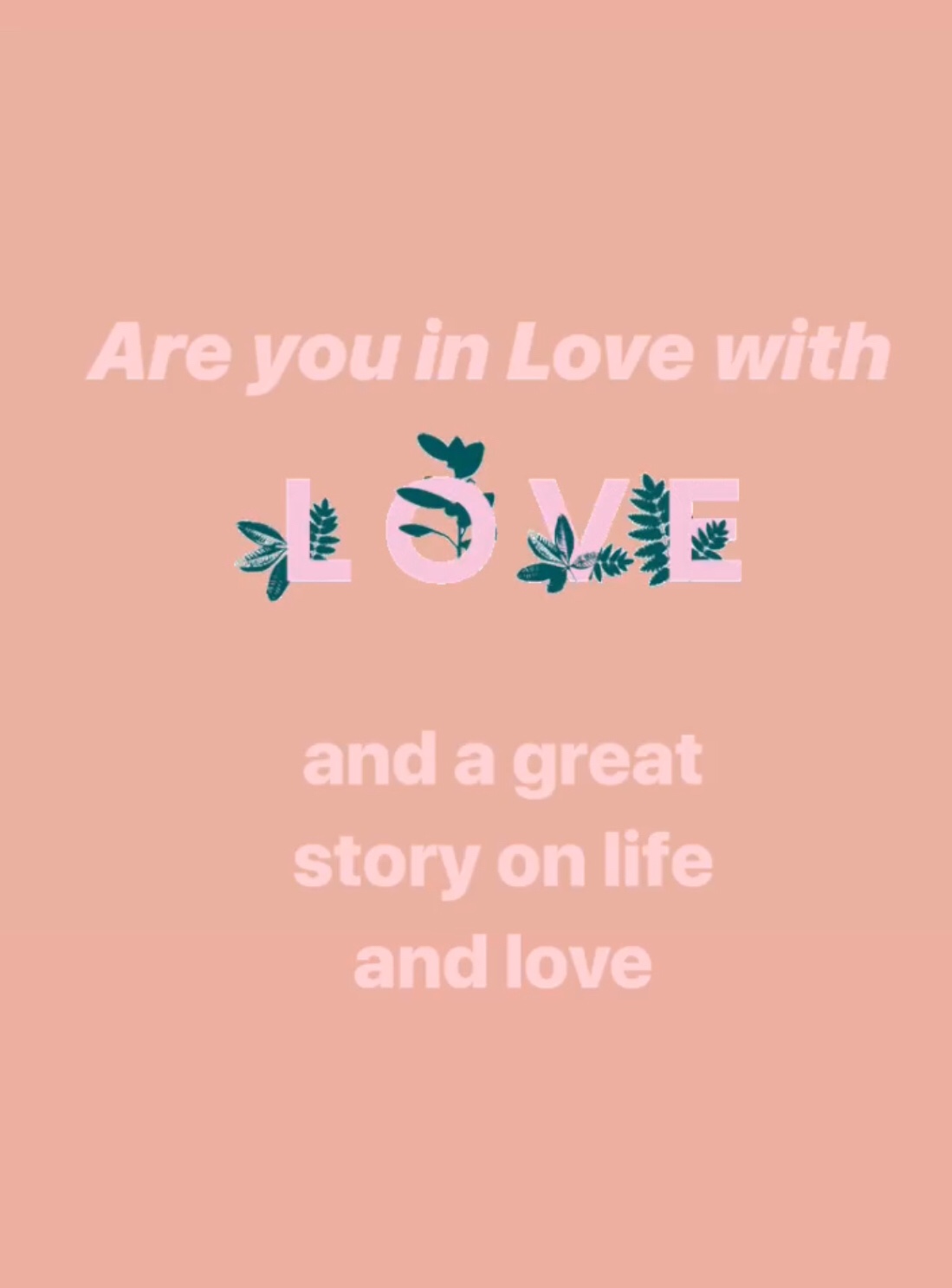 ** If you would like to experience this amazing show on broadway you can now with the awesome discount MOM1 which is yours to use until 9/1.

Disclosure :This post is made possible by support from Pretty Woman: The Musical. All opinions are my own.